ALDE Party – Alliance of Liberals and Democrats for Europe Party

The ALDE Party family brings together diverse backgrounds and various opinions, and unites them around these shared values. These values inspire us to work for a more open, fair, progressive and free Europe, unbound by stale dogmas and rigid ideologies. Our core desire is to bring about in each of us a better version of who we are and what we can be.

Our debates result in new ideas. Our disagreements sharpen our clarity of purpose. Ultimately, we advocate for these core values to be respected and promoted by the laws and institutions of Europe.

About The Future of Europe

Today, Europe faces the challenge of a generation. The Conference on the Future of Europe (COFOE) presents a unique opportunity to forge a new path forward.

Europe’s liberals are committed to fostering an honest debate about the Future of Europe. COFOE is an unprecedented democratic exercise, but it cannot be allowed to simply become a PR stunt.

Citizens need to be at the core of deciding Europe’s future. Throughout COFOE, ALDE Party will bring together citizens and institutions to discuss the issues that matter most.

This digital space is a hub for Europe’s liberals during COFOE. Get involved today by telling us your ideas and suggestions for the Future of Europe!

Origins and development of the ALDE Party

In view of the first European elections, fourteen parties from Belgium, Denmark, Germany, France, Italy, Luxembourg, the Netherlands, and the United Kingdom gathered for the constituent congress in Stuttgart, Germany on 26-27 March 1976. The Liberal Group of the European Parliament and representatives of the International Liberal Youth Organisation also took part.

This marked the creation of the first cross-border European political family. A further result of the deliberations in Stuttgart was the adoption of the Stuttgart Declaration, our declaration of principles, based on the Oxford Manifesto of 1947.

To mark the occasion, a short video was produced showing the history and development of the party. 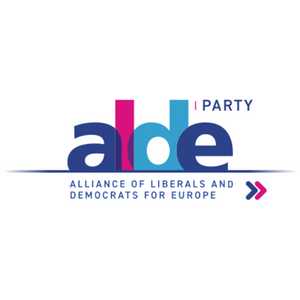