As a contribution to European integration and for the exchange of the young generation in Europe, the Charlemagne Prize Academy aims to identify future challenges and problems of European society and, by awarding research fellowships annually, to develop approaches to solutions at an early stage, which are discussed in dialogue with representatives from science, politics, business and the public to determine their feasibility and practicability.

The Academy is aimed at young university graduates and young professionals under the age of 35 in Europe. Each scholarship is endowed with 25,000 €, the patronage of a Charlemagne Prize laureate, academic and administrative mentoring and the opportunity to present and publish the own work. In accordance with the statutes of the Foundation of the International Charlemagne Prize of Aachen, the aim is to promote the unification of Europe and the understanding of states, peoples and citizens.

The awarding of scholarships for the elaboration of European future topics is intended to contribute to improving the promotion of the European idea and the rooting of the European consciousness in political, economic, scientific, cultural and social fields. 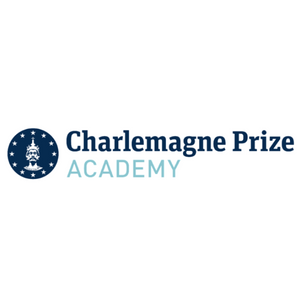