Dynamic, agile and effective, the Environmental Justice Foundation (EJF) is working to secure a world where the natural world can sustain, and be sustained by, the communities that depend upon it for their fundamental human rights.

At EJF’s core is a simple but powerful belief: we all depend on the natural environment for our livelihoods and well-being, and environmental security is a fundamental human right.

For millions of people around the world, environmental degradation means hunger, poverty and vulnerability.

From the climate crisis to the loss of forests and the devastation of ocean ecosystems, it is the most vulnerable, marginalised and disempowered communities that bear the brunt.

We’re working with, and for, those on the frontlines of environmental destruction to investigate, document and expose environmental and human rights abuses. We take local fights to the very heart of governments and business across the world to secure lasting, global change.

A UNIQUE COMBINATION OF FILMING & ACTIVISM

Films and photographs can and do change the world. We use video, along with new technologies, to document threats to environmental security and human rights.

Producing hard-hitting reports and investigations we target decision makers and work to change laws and policies with a positive impact for people and planet.

By combining our investigations with bespoke training and community support we also help to build local capacity, give a voice to new environmental defenders and strengthen the global call for change.

With over 60 members of staff based in 11 countries, EJF is able to deliver dynamic, impactful campaigns. Our work is targeted, direct and effective.

Our dedicated team works across the globe, in some of the world’s toughest and most remote countries, to shine a light on the environmental and human rights abuses that too often go under the radar.

EJF was founded by Steve Trent and Juliette Williams in 1999, set up as a trust in 2000 and became a registered charity in England and Wales in 2001 (1088128). EJF’s team of researchers, campaigners, communications specialists and film-makers works in locations worldwide: London (UK, global headquarters), Bath (UK), Germany, Liberia, Ghana, Thailand, Taiwan and Korea. Environmental Justice Foundation Stichting (EJFS, CCI number 67896855) was recently established in the Netherlands.

All of EJF’s income is currently received in the UK and dispersed to overseas projects and offices. Annual audited accounts are produced for EJF charitable trust in the UK (available online) and to meet local administrative requirements overseas.

EJF continues to be led by the founding directors and our work is governed and overseen by a UK board of trustees. Our work is supported by an advisory board and patrons who share our vision and are helping to build our impact. 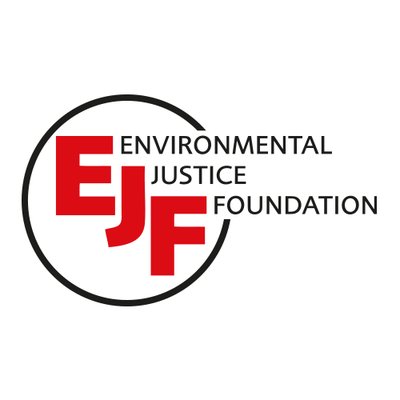