Freedom House is founded on the core conviction that freedom flourishes in democratic nations where governments are accountable to their people; the rule of law prevails; and freedoms of expression, association, and belief, as well as respect for the rights of women, minority communities, and historically marginalized groups, are guaranteed.

We speak out against the main threats to democracy and empower citizens to exercise their fundamental rights through a unique combination of analysis, advocacy, and direct support to frontline defenders of freedom, especially those working in closed authoritarian societies. Founded in 1941, Freedom House was the first American organization to champion the advancement of freedom globally. Working as an independent watchdog organization dedicated to the expansion of freedom and democracy around the world, Freedom House is notable for its nonpartisan character and commitment to maintaining support for its mission among members of both major US political parties.

Freedom House produces research and reports on a number of core thematic issues related to democracy, political rights and civil liberties. Our research and analysis frame the policy debate in the United States and abroad on the progress and decline of freedom. Freedom House’s flagship publication Freedom in the World is the standard-setting comparative assessment of global political rights and civil liberties. Freedom House also produces several annual reports, including Freedom on the Net, Nations in Transit, Freedom and the Media, the China Media Bulletin, and several Special Reports.

Freedom House advances the efforts of people around the world to live in freedom and exercise their rights. We do this, even in the most politically restrictive contexts, by building long-term relationships with local human rights defenders and advocates for democracy. We support them in their pursuit of institutional and societal change and attend to their security and wellbeing. We enhance their abilities to advocate for changes in laws and policies, to monitor and report on abuses of human rights, to strengthen their networks, and to promote respect for democratic principles.

Freedom House advocates for U.S. leadership and collaboration with like-minded governments to vigorously oppose dictators and oppression, and strengthen democracy around the world. We amplify the voices of those struggling for freedom in repressive societies and counter authoritarian efforts to weaken international scrutiny of their regimes. To learn more about Freedom House policy positions and advocacy work, visit our Policy Recommendations page. 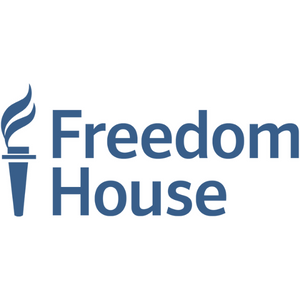