The International Institute for Democracy and Electoral Assistance (International IDEA) is an intergovernmental organization with a mission to advance democracy worldwide, as a universal human aspiration and an enabler of sustainable development, through support to the building, strengthening, and safeguarding of democratic political institutions and processes at all levels.

International IDEA produces, shares, and enables the use of comparative knowledge in its key areas of expertise: electoral processes, constitution-building processes, political participation, and representation, as well as on democracy as it relates to gender and inclusion, conflict sensitivity, and sustainable development.

International IDEA’s Regional Europe Programme is located at the heart of the EU in Brussels. It interacts daily with the EU and its Institutions and as such is actively engaged in supporting and influencing EU policies related to democracy. This concerns policies for democracy both within and outside the EU. Within the EU, it places particular emphasis on the influence of ICT on democracy, including areas such as the role of social media on elections and cybersecurity in elections. Outside the EU, International IDEA supports the efforts of the EU and EU Member States in the Summit for Democracy. Both components provide a dynamic environment in which International IDEA is able to work on key global decision-making processes.

International IDEA is governed by its Council of Member States.

The organization is governed by its Statutes, the latest of which entered into force November 2008. Membership in International IDEA is open to governments which demonstrate, by example in their own state, their commitment to the rule of law, human rights, the basic principles of democratic pluralism and strengthening democracy.

We recruit qualifed individuals for all programmes and support functions in our countries of operation.

Work at the heart of democracy

We are looking for the best talents to join us in democracy-building: elections; constitution-building; political parties; parliaments; money in politics; conflict and security; gender and democracy; ICT, elections and democracy; migration and democracy; comparative knowledge and publications, all under the umbrella of the UN Sustainable Development Goals. We also look for professionals in support functions such as finance, human resources, information technology, facilities and administration.

If you have expertise in any of our subject matters and you are interested in working at an intergovernmental organization, we could be your next employer.

Our people come from different parts of the world and have diverse backgrounds and cultures. We have a diverse team of more than 40 different nationalities dedicated to democracy building.

They bring with them a wealth of qualifications and experience, having worked for international organizations, governments, civil society, academia and the private sector.

This global mix of professionals allows for an open environment that is consistent with our mission and values. Recognizing that there is no single model of democracy and that democracy is not an end in itself, we collect good practices around the world and provide advice on the different ways to making democracy better for citizens. 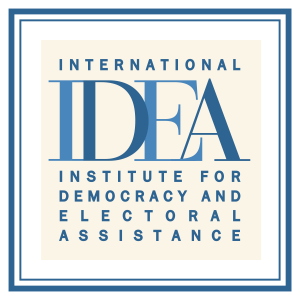