The German Marshall Fund of the United States (GMF)

The German Marshall Fund of the United States (GMF) is a non-partisan policy organization committed to the idea that the United States and Europe are stronger together. GMF champions the principles of democracy, human rights, and international cooperation, which have served as the bedrock of peace and prosperity since the end of World War II, but are under increasing strain.

GMF works on issues critical to transatlantic interests in the 21st century, including the future of democracy, security and geopolitics, alliances and the rise of China, and technology and innovation. By drawing on and fostering a community of people with diverse life experiences and political perspectives, GMF pursues its mission by driving the policy debate through cutting-edge analysis and convening, fortifying civil society, and cultivating the next generation of leaders on both sides of the Atlantic.

Founded by Guido Goldman (November 4, 1937 – November 30, 2020) in 1972 through a gift from Germany as a tribute to the Marshall Plan, GMF is headquartered in Washington, DC, with offices in Berlin, Brussels, Ankara, Belgrade, Bucharest, Paris, and Warsaw. 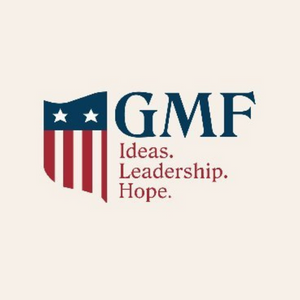