The Greens/EFA parliamentary group was established in 1999, when two progressive European political families – The Greens and the European Free Alliance (EFA) – agreed to join forces in the European Parliament.

Greens/EFA now includes members of Green movements, Pirate and Independent MEPs, as well as MEPs from the European Free Alliance (EFA) representing stateless nations, regions and minorities, standing up for the right to self-determination.

With 71 Members (35 women and 36 men) from across Europe, it is the fourth largest group in the European Parliament and the only one with a gender-balanced Co-Presidency.

The Greens are a driving force in European politics, with representation in the European Parliament since 1984.

The Greens and EFA have been making a difference and fighting to make Europe the global leader in terms of climate and environmental protection, peace and social justice, fair globalisation, and in the fight for human rights, and self-determination.

We are more than united in diversity: with the highest cohesion, our group is the most consistent in its voting behaviour.

That’s why our power of attractiveness for all progressive forces and our impact is much bigger than our representation in numbers and our longstanding fights are recognised as the key challenges of today and tomorrow. 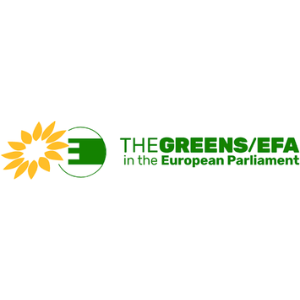